Why VMworld 2018 in Vegas was the best edition ever

Let me start with the fact that I said this same thing last year. This VMworld was the best ever. And back then I also meant it. VMworld 2018 in Las Vegas this year was even better. In this post, I would like to explain why this year’s edition was epic on a whole new level. With the VDI Design Guide being launched a couple of weeks ago, I was hoping that I could bring some attention to the book as this is the most important event of the year. What happened during the week was something I would have never dreamed of. 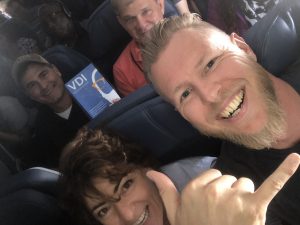 All the amazing fun started while in the air. I was having a conversation with my neighbor on the plane; she was attending another conference in Vegas and we talked a bit about what we were going to do at the conferences. When I mentioned I was going to do some promotion for my book, a guy tapped me on my shoulder and asked if this was my book. Someone bought my book

As you may have read in this post, I planned some promotion and signing session during the conference. I started this week with the Inside Track community event, where the book was a giveaway to a group of EUC advocates. The event was sponsored by NVIDIA, Liquidware, Stratodesk, and AWS at Top Golf. Lots of food, drinks, and great people were the main ingredients for an awesome start of the week. 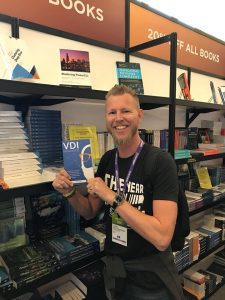 Next stop was the VMworld bookstore. It was pretty cool to see my book standing there, next to the Clustering Deep Dive. Two fun facts: 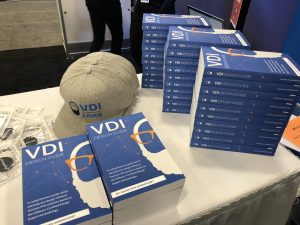 Another cool thing that happened on Monday, was a book signing at the booth of Liquidware. They had a lot of copies of the book and some really exclusive swag to give away. Had great talks with their customers and a lot of fun signing the books. I owe a big thank you to David Bieneman for making this happen. 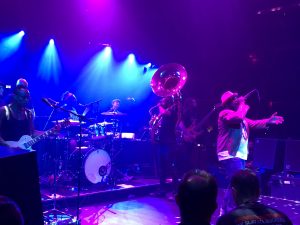 Monday night closed off with the Rubrik party at Hakassan. Last year they had Ice Cube as a headliner and it could have been hard to beat that. This year the had two headliners; Run-DMC and The Roots. Mix great music with drinks and lots of people from the vCommunity and it is quite hard not to have fun.

Tuesday was a really big day. I had some sessions planned in the morning and a book signing with NVIDIA in the afternoon. What happened there was something that blew my mind. After presenting a whiteboard session with Erik Bohnhorst, we were giving away books and did a signing. The line of people waiting to get a signed copy was enormous and just grew and grew. 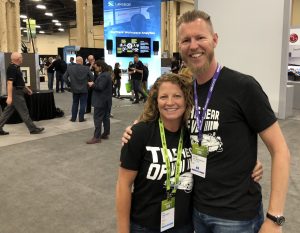 I’m really grateful that NVIDIA made this all possible and a big shout out goes to Kim Harrington for being awesome! 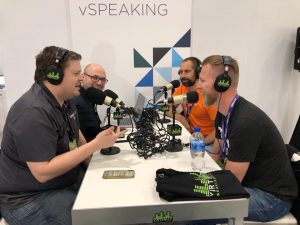 Tuesday truly was one of the best days of my professional career. After the book signing, Marco van Baggum and I joined Pete Flecha and John Nicholson in a recording for the Virtually Speaking podcast. Not only was it really cool to meet those two podcast heroes in real life, it was also pretty sweet to be a guest on the number one virtualization podcast in the world! 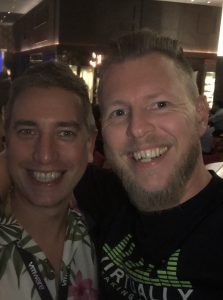 Tuesday wasn’t over yet

End-User Computing guru Brian Madden (who joined VMware on the 1st of April in 2018) is not only known for some of his great books and blogs, he is also known for Briforum, an EUC event with a somewhat less formal vibe. To create a similar vibe at VMworld, he organized a “Geek stuff, beer and junkfood” event between 17:30 and 20:00 in which community speakers could present something EUC, but a little different. With a lot of really skilled EUC people in the audience, you can imagine that it’s quite hard to present something that the audience didn’t know yet. 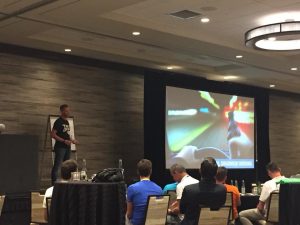 I met Brian a couple of months ago when he was playing on the F1 Simulator running on VMware Horizon. He was so amazed by it and that’s where the idea for the presentation came up. The result was really cool. For the first time, I presented with a beer in my hand and a clicker in the other. After the session, I got a lot of positive feedback and for sure am I going to present the same session in Barcelona. 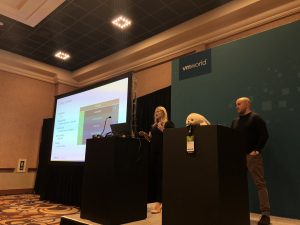 Wednesday was an all-EUC day with Mark Brookfield and Katarina Wagnerova kicking the day off with an inspiring session about the projects they ran on a research vessel on the black sea. As both a geek as well as a passionate diver, I really liked the session and would recommend people to visit the session in Barcelona.

Next stop was a short version of the Designing a VDI, the VCDX way I presented at the VMUG stage in the VMvillage. The presentation was followed by giving away a couple of books and a book signing. 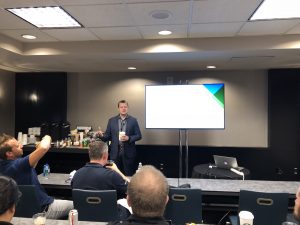 After the presentation, the real EUC fun was about to start as traditionally the Wednesday afternoon is blocked for the VMware EUC Champion meetings. One of the most fun meetings is the “Ask me everything you want” session by Shawn Bass. Of course, I am not allowed to talk about it, but trust me that the everything mentioned during the VMware EUC Champions meetings shows again how great VMware is innovating in the EUC space. We ended the EUC Champ meeting with a fun dinner at Stripsteak with the complete team. A  special thank you goes out to Cyndie Zigmund for once again making this all happen. 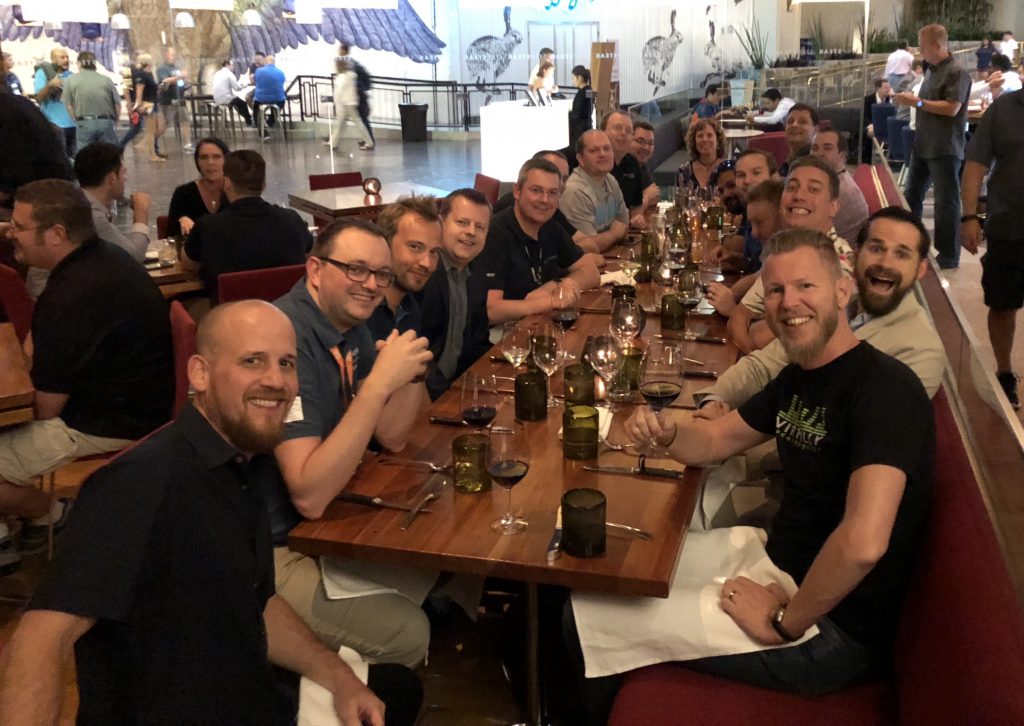 Wednesday ended with the VMworld Fest. Although a lot of people ranted about the party being lame, not well organized and without a proper band, I disagree. I had a blast! Fred Durst, Macy Gray, DMC and Dave Navaro on one stage together. Dude, what’s not to like?! 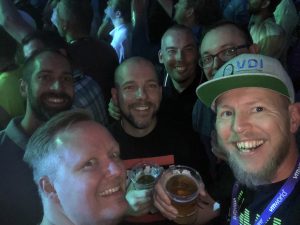 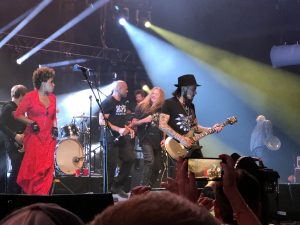 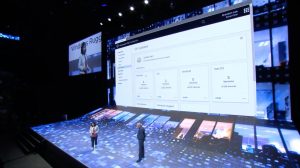 There are tons of things I didn’t mention about this year’s VMworld in Vegas. Great keynotes (with incredible 3D-like presentations, meeting with tons of people I only see ones a year, meeting new people, a drone flying contest, old and new games, lots of great sessions, you name it. And what about the awesome shirt that my employer ITQ made possible? 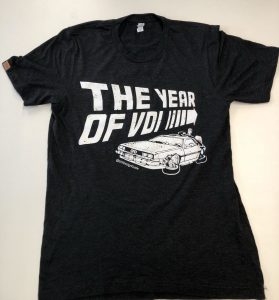 I hope to see all of you in Barcelona for the EMEA edition of VMworld, which will be held from the 5th of November until the 8th of November in the Fira in Barcelona. If not, maybe until next year in San Francisco!

The post Why VMworld 2018 in Vegas was the best edition ever appeared first on vHojan.nl.